I am not a diary person. It takes time and discipline to keep one. I'm also not much of a letter writer. And in this day of texts and emails, I don't really need to be a letter writer. Which is sad, because there will probably not be a record of the emails I've sent and received over the last 20+ years.
My ancestors were of a different ilk. They wrote many letters. At times, when paper was at a premium, they cross wrote letters writing from top to bottom and then turning the paper and writing across what they'd already written. I can't tell you what fun that was to decipher.
My great-great grandmother, Susan Percival Holt, nee Davidson was a great correspondent. She corresponded with her sister-in-law, Eliza Percival Oliver; her mother-in-law, Sarah Kirtley Percival Webb; her cousins, her children and her husband. Susan was born about 1836 in Missouri. She married John Stearns Percival, Jr. September 24, 1856 in Lafayette county, Missouri. And she died October 31, 1886.
One of the letters she received was from her husband, during the Civil War. It is worn in spots and had been folded for a long time and I imagine it was the last letter he wrote before he was killed in battle.
I have letters exchanged between her sister Eliza and her sister-in-law Eliza regarding the death of John Percival.
There are letters to her children, Herbert and Henry (John Henry Percival). Her children were farmed out to family after the civil war. Herbert went to Covington, Kentucky where he lived with his uncle Jabez Percival and his wife Catherine Bush. Catherine was also a Percival descendant.
My dad's father was a great letter writer and wrote many letters back home to his family and his fiancé, Mary Bowman during the Great War. I am sad that he did what other soldiers did and destroyed his letters from her. The only letters from her that survived were letters she wrote to him when he took a job as a Civil Engineer in Detroit in 1928. I wish I had known her. I loved her sense of humor which came through in her letters to him.
These letters gave me an insight to what joy and what trials my family experienced. I cherish them. 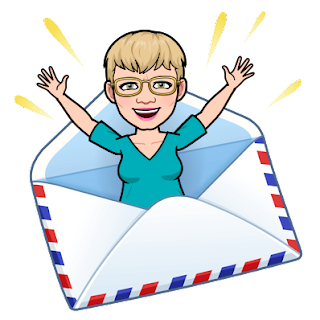 One thing I think I've determined on working on these Hungarian records, is that this family probably lived elsewhere before their children were born in the 1870s and 1880s. Or the records just aren't available.
Today I found a death record for a baby who appears to have been an uncle of hubby's. The father's name is right, but the spelling on the mother's name is a little off. Betti instead of Berta. I am pretty sure it's the right family because two of his aunts were born in the same town in Hungary.
Are we having fun?
Copyright 2010-2022, ACK for Gene Notes
Posted by Anne Kruszka at 12:00 AM No comments:

I can't believe we made another year! I am sure there are a few people who can't believe it either! But here we are 43 years later, which just amazes me.
I am so lucky to have this guy in my life! Happy Anniversary! 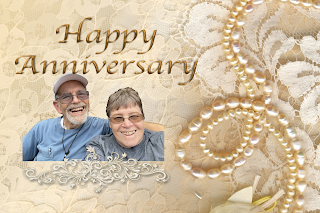