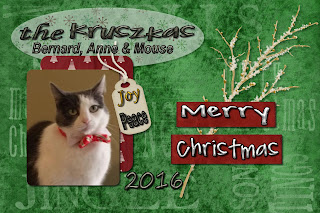 Happy Bloggiversary to Me!

Wow, I can't believe it's been 7 years since I started blogging. Yes, it has been a while since I wrote a post, but still, for me to keep on keeping on with it is amazing to me!

2016 was an epic year. One of the highlights was finding an obit for a woman that I'd been hunting for 12 years. And the fact that said woman died in 1849 and even had an obit is saying something. Also, our family had a vacation together for the first time in many, many years. Our destination was Pigeon Forge and we had a great time. We were very sorry to hear of the devastation due to the wildfires. And I finally got my wish with the addition of an above ground pool. One cannot survive the heat in humidity in Tennessee without one.

We had our share of low spots this year also. We lost our Aunt Shirley Kardux Percival back in March. While not a blood relative, being married to my dad's brother, she was still a fun and loving member of the family. Also, our younger daughter had a split with her long-term boyfriend. I won't get into the all the crap her boyfriend caused, but I truly feel he will get what he truly deserves some day. In the meantime younger daughter is working on getting herself back together. Her dog, Raz, is a big help in that.

Older daughter graciously opened her home to her younger sister, so now both are only 3 blocks away. I don't think her 4 cats are as gracious, but hopefully are beginning to adjust to the turmoil caused by Raz.

Copyright 2010-2016, ACK for Gene Notes
Posted by Anne Percival Kruszka at 9:07 PM No comments: Links to this post