One can never be certain whether or not there are family secrets that haven't been uncovered. I know my husband's family was always rather secretive. And not just his immediate family, I'm talking aunts and uncles and probably grandparents, too!

Unfortunately, I entered into this family way too late in his maternal grandmother's life to get anything out of her about her family. She suffered from dementia and had been in a nursing home a few years already when I met her. Hubby's maternal grandfather died when his mother was 22, in 1940. I'm fairly sure that she had not met her future husband by the time her father died. So gone was another source of information.

Hubby's parents owned a bar on Detroit's west side - Lefty's Sportsman's Bar on Warren and Livernois. Mom & Dad-In-Law kept a lot of papers and family things in the basement of the Bar. A lot of family photos and papers were lost when the basement flooded. They sold the bar when hubby was about 5 and moved to Redford Township.

Coincidentally, I grew up within a half mile of hubby in Redford Township. Although we attended the same church, we did not attend any of the same schools, so we did not meet until I was 26.

About 7 years into our marriage, I was seriously bitten by the family history bug. I interviewed my parents and my husband's parents. It wasn't until about 2017, that I knew for certain there were family secrets on hubby's side and it was too late to get the truth, since his mother passed in 2004 and his dad in 2011.

I think about my mother-in-law a lot. She was always kind to everyone, and treated me like her own. Really, what more can you ask of an in-law? But recently, I've wondered what it was like for her to keep her secret for all those years. How alone must she have felt? She was such a sweet, loving woman and she raised a sweet, loving son. I know I would not have been able to keep such a secret. It explains of lot of things that always puzzled me about her and explains her stubbornness and exemplifies her strength.

Should we research hoping to discover a family secret? No. What should we do when we discover a secret that is within our timeline? Accept it? Embrace it? Share it? I can't tell you. Sometimes we struggle with our family secret, sometimes we just accept it.

Mom would have been 95 today. Miss you mom! 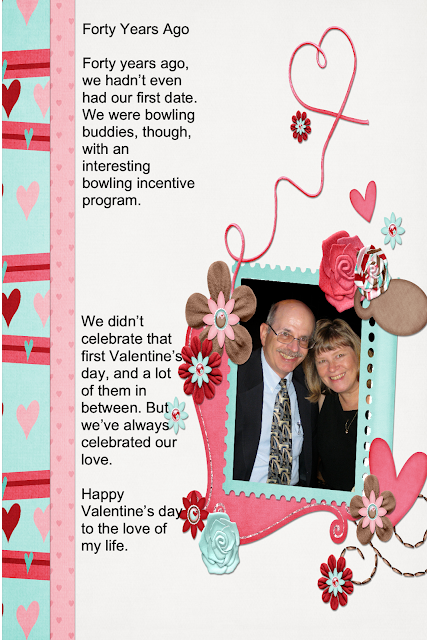 One of the things I find curious on Ancestry's DNA site is their "Family Circles." There are some they've tried to include me in, but I can't find anything tying me to those particular trees. The other one is for my 4 times great grandparents, William Ball Chinn and Sarah Graves. That line is pretty well documented and despite what other people thing, William Ball Chinn did not die prior to 1816. He wrote his will in January of 1830 and was gone by March 1830. He lists his surviving heirs, which proves his connection to my line via his oldest son, Dr. Joseph Graves Chinn.  I think it's the people who prefer to think they did not descend from the illegitimate line of Rawleigh Chinn and Margaret Ball Downman, who are propagating this fictitious line. That incorrect association has been copied into at least 10 family trees. Garbage in, garbage out.

My favorite volunteer project - transcription of the Missouri Death Certificates - is ready for transcribing. I've been doing this project ever since they opened it up to people at home. Some years I transcribe a lot, other years maybe only in the low thousands, but I try every year to get at least two thousand done.

If you have an itch to do some genealogical volunteer work, here is the link to the State Archives of Missouri Volunteer opportunities.