I am easily sidetracked. Seriously, it doesn't take much to sidetrack me. The arrival of the portraits I blogged about sent me down a rabbit hole hunting for more information on this family of distant relatives.
My Zimmeth relatives left Roeschwoog, Alsace, France for America, ultimately settling in Lancaster, Erie county, New York.  My great-grandfather was the only one of his siblings born in the United States, way back in 1839.  He had two older brothers, one, Joseph moved to Minnesota, but owned property in Michigan. The other, Michael, stayed in Erie county, New York and went by the name of Michael Simmet.  His son Francis Joseph Simmet migrated to central Michigan. Francis' uncle, August Zimmeth (my great grandfather) migrated to the western shore of Lake Huron, in Iosco county, where he married and raised his family.
While I had some information on the descendants of Francis Joseph Simmet, it was pretty sparse on the Dent side. Francis Simmet's son Frank married Margaret Dent, and the portraits were those of her parents.
The rabbit hole eventually spewed forth birth records, death records, marriage records and obituaries for John and Catherine McNaughton Dent and some of their children.  Yesterday I packed up all the information I found along with the portraits and got everything ready for shipping to a descendant of that family. And I got back to work on the project I was working. That is another line I don't really know much about but am happy to investigate. 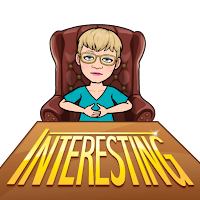